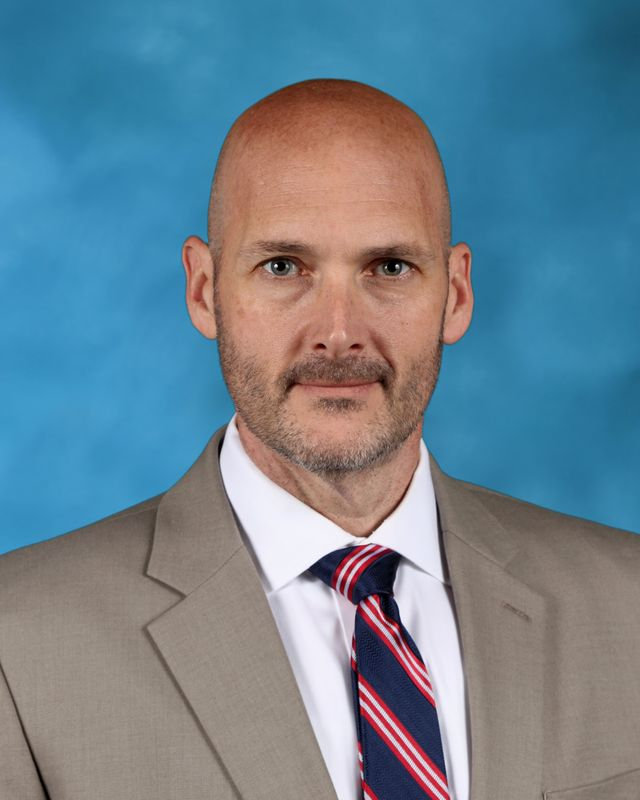 Mr. Warren began his term as the principal of Greenville Senior High School in 2014. During his tenure the number of dual credit course offerings has more than doubled to offer more opportunities for college credit than any other high school in the district. A focus on Fully Integrated Partnerships has established a relationship with GE (Law Dept),  McMillan, Pazdan & Smith, and Greenville Federal Credit Union (GFCU). GFCU partnered with GHS in 2016 to implement the 1st fully functioning, student-led credit union branch in a high school in South Carolina. In 2016 the graduation rate topped 90% for the 1st time in school history, and since 2015 Greenville High has been named one of America’s Best High Schools by US News and one of America’s Most Challenging High Schools by the Washington Post. Previously Mr. Warren was the principal at Beck Academy where under his leadership the school received their first Excellent Rating for Overall Achievement on their School Report Card, their first Good and Excellent Ratings for Improvement, and their first Palmetto Gold Awards in school history. Mr. Warren was named the Administrator of the Year for Greenville County Schools in 2014. Prior to 2010, Mr. Warren served as an Assistant Principal at Woodmont Middle and the Administrator for Special Education at Beck Academy.

He received his B.S. in Music Education from Bob Jones University in 1998 and was a band director for 7 years before moving into administration. He earned his Master’s in Administration from Clemson University and his Educational Specialist degree from the University of South Carolina. Despite attending USC and Clemson, he is a die-hard Florida Gator fan. This is due to his being born and raised in Jacksonville, Fl. He currently resides in Simpsonville with his wife, Jennifer and four children: Quin, Ethan, Sophie and Ella. He is a published author and accomplished musician.

Mr. Warren believes that the key to a successful journey to prepare students for their lives beyond high school begins with continuing the excellent partnership Greenville High has established with its community. The support from parents, alumni and business partners, combined with the excellent education students receive will continue to make Greenville High School one of the best high schools in the country.