2019 athletics fully under way this weekend

2019 athletics fully under way this weekend 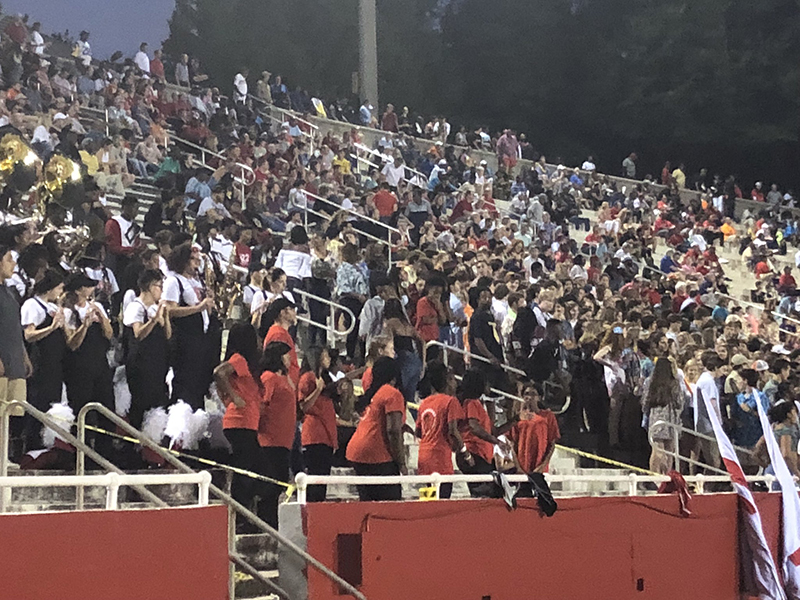 Landrum at Blue Ridge - Second year coach James Thurn hopes the experience gained last season by a young team will benefit his team this year and get off to a fast start.

St. Joseph’s at Carolina – Coach Will Owens and the Trojans will continue to build on the culture he brought in last year facing a tough St. Jo’s team.

Eastside at Southside – The Tigers look to build on the success from last year in Coach Jeremy West’s second season. The Tigers will have to replace several key players from last year but are equipped with a lot of talent. Eastside has loads of offensive talent under first year coach Andre Woolcock in what should be a very entertaining game.

Greenville at Woodmont – Greenville debuts with new coach Greg Porter and a new quarterback. Eight starters return on defense to join a talented receiving corps in an offense based on speed. Woodmont counters with a ground control offense controlling pace and the clock. Two distinct styles on display for this game.

Byrnes at Greer – Always a big game when these tradition rich schools, located only a few miles apart, meet. Greer must replace several offensive weapons from last year and look to build depth. Byrnes returns a number of offensive personnel but also looks to add depth and consistency.

Riverside at Travelers Rest – Teams have split the last two years with TR taking last years win. The Devildogs had one of their best seasons and return a number of offensive weapons. Riverside looks to build on a strong summer program and get off to a good start.

Wade Hampton at Dorman – New coach Travis Miller brings a new offense and a new attitude to the Generals. A strong summer and player development are encouraging for the 2019 season. Dorman remains one of the highest ranked teams in the state and this will be a big challenge for WHHS.

The Greenville Splashdown Swim Meet begins at 10 AM at Westside Aquatic Center Saturday. One of the largest swim meets in the area, all Greenville County high school teams are represented along with several from surrounding areas. Come out and support these athletes as they compete against each other and for qualifying times for the State Meet.

Regular season events begin for all sports next week, including middle school volleyball which begins for most schools on Monday.