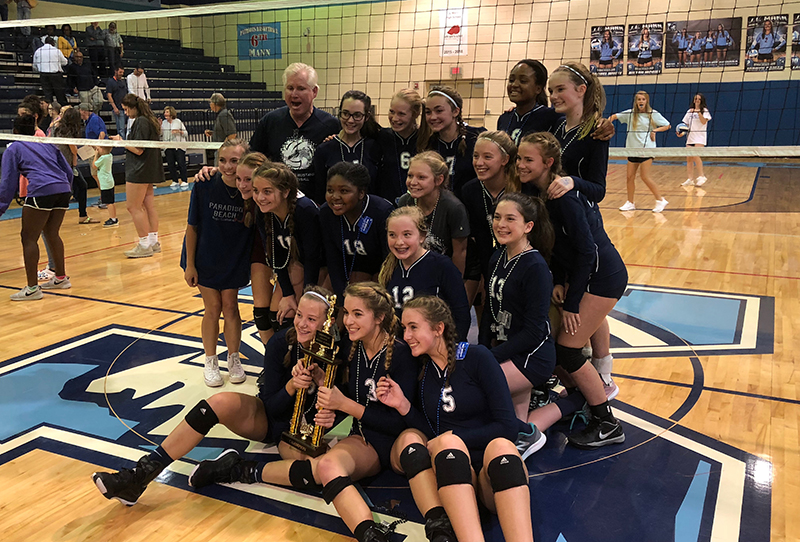 Mauldin Middle won the 2018 GCS Middle School Volleyball Championship defeating Ralph Chandler in four sets.  The Mustangs won the South Division with a 9-1 overall record.  In the playoffs, Mauldin defeated Greer and League to reach the championship game, where they met the Panthers for the third time this season.  Mauldin jumped out and took the first set.  In the second set the Mustangs built a lead of 23-18 late in the match, but the Panthers rallied to take the set 31-29.  Mauldin regrouped and rolled through the third and fourth sets to win the title.  Hear from the Lady Mustangs here: