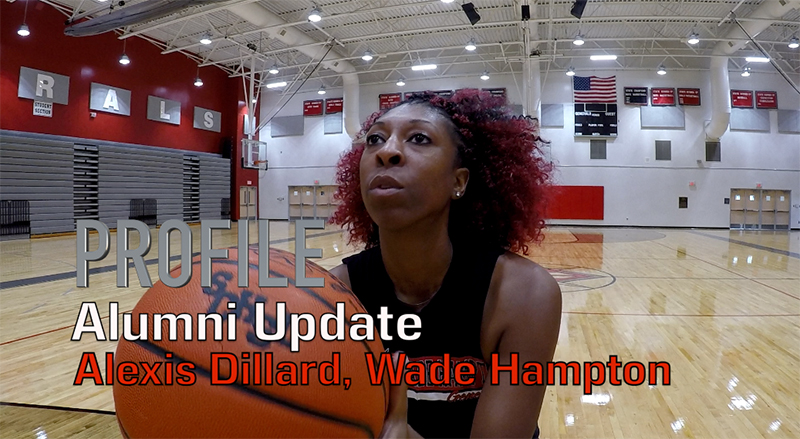 Former Wade Hampton Generals standout Alexis Dillard believes in setting goals for herself.  She started playing sports at a young age and quickly gravitated to basketball.  In middle school her coach, Cheryl Cruell, became a mentor to her and Alexis' game improved.  In high school she joined the Generals girls Varsity basketball team and set forth a goal of leaving her legacy at the school.  More than 1,000 point and 1,000 rebounds later, Alexis lead her team to the Upper State Championship and was named to the North-South All-Star Game.  Alexis went on to play at Anderson University, where she was named to the All-Freshman Team in 2014.  Three games into her senior season, Alexis tore her ACL, battled back and was given another season of eligibility.  With the goal of making the most of her opportunity, Alexis earned the South Atlantic Conference Women's Basketball Scholar Athlete of the Year in 2018.  Her next goal in basketball, leave a legacy in Europe!  Alexis will join Luxol, a professional team based in Malta, this fall as she continues to reach her goals.  Meet Alexa in this installment of "Profile":