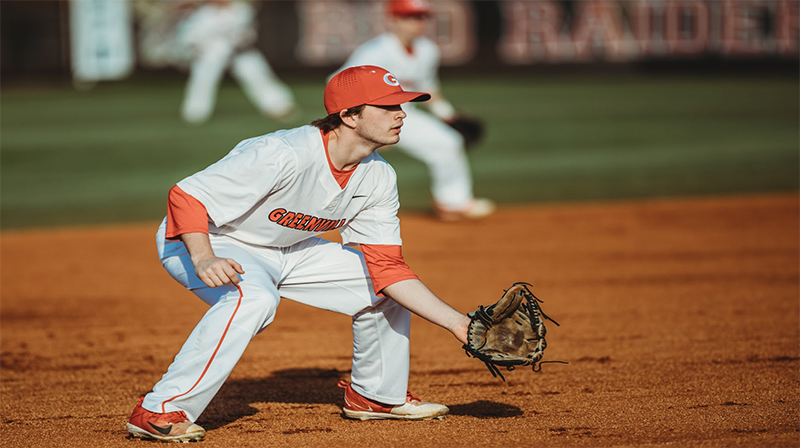 The Riverside High baseball team hand to grind out two one run games to advance to the District IV - AAAAA finals on Monday night.  The Warriors have gotten great pitching all season and their staff powered them to a 2-1 win to open the playoffs vs Rock Hill and a 1-0 win in round two vs Easley.  For a moment on Monday it appeared that their brilliance on the mound was slipping away as Easley pounded out 15 runs to defeat the Warriors 15-6 and force a final and deciding game for the district title.  Junior lefty Caden Grice took the mound for the Warriors and from the start he dominated the game.  Grice saw 15 batters and retired them all as Riverside cruised to a 10-0 win to advance to Upper State.  The Warrior bats came to life as well, staking Grice to a 2-0 lead after one and an 8-0 lead after the second.  Landon Shaw and Tate Vaughn each produced two RBI's for the Warriors.  Riverside will host TL Hanna in the opening game of the Upper State bracket on Thursday, May 3rd.

In Class AAAA, Greenville had to face a strong Aiken team three games in a row.  After beating Travelers Rest 6-1 to open the playoffs, the Red Raiders defeated Aiken 6-4, sending the Green Hornets into the elimination bracket.  Aiken would best TR to set up a rematch with Greenville for the District III-AAAA title.  Greenville would strike first, plating two runs in the bottom of the first, but Aiken answered right back with three in the second and three more to open the third.  The Hornets would take the game 8-4, forcing a final game 7 to win the district bracket.  In game two, the Hornets struck first, scoring a run in the top of the second.  Greenville answered with a whopping five runs in the bottom half of the frame as the Red Raiders cruised to a 6-1 win and a birth in the AAAA Upper State tournament.  Greenville will open Upper State on the road at South Aiken on Thursday, May 3rd.