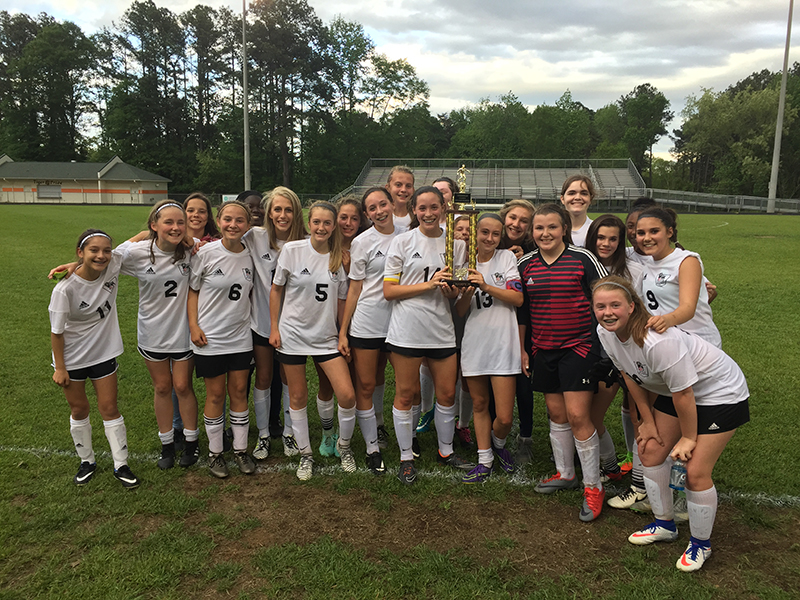 League Academy girls soccer completed their unbeaten season by defeating Ralph Chandler 2-1 in the 2018 GCS Middle School Girls Soccer County Championship match.  League got on the board first after Mia Nitsche pushed the ball forward to Stella Garcia who found the back of the net.  This goal was just minutes after a Nitsche goal was waved off due to an offsides.  League carried the 1-0 lead into half thanks to great goaltending and a physical defensive approach by the Bulldogs.

In the second half Nitsche was able to find the net again, this time with no penalty and League extended their lead to 2-0.  Ralph Chandler had several near misses, including a PK in the 1st half, but it wasn't until a late goal by Laura Fleury rocketed into the back of the net that the Panthers were able to threaten League's lead.  The Bulldogs held firm and held on to win their first ever girls soccer county championship!  League finishes the season 11-0-1, with the one draw coming against defending county champions Beck Academy.