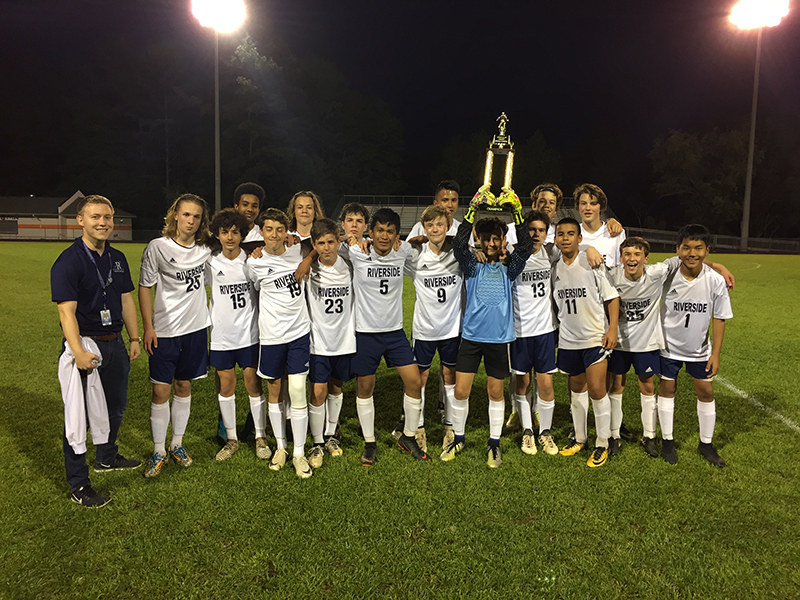 The Riverside Middle boys soccer team capped off an unbeaten season with a narrow 2-1 victory over Berea Middle in the GCS Middle School Boys Soccer County Championship match.  Alec Meyers gave the Royals a 1-0 lead on a rocket from deep that cleared the Bulldogs goalie and found the back of the net.  The Royals would hold that 1-0 lead into the 2nd half, when Berea got more aggressive on offense and tied the score at 1 on a goal in traffic.  With around three minutes to play, it looked as though extra-time may come into play.  That is until Riverside forced a turnover deep in the Berea zone, which Jason Smith punched in for the eventual game winning goal!  The Royals finished the season with no losses and two ties.  Both ties came against region rival Greenville, a battle that was settled in the semi-finals when the Royals beat Greenville to earn their trip to the title match.