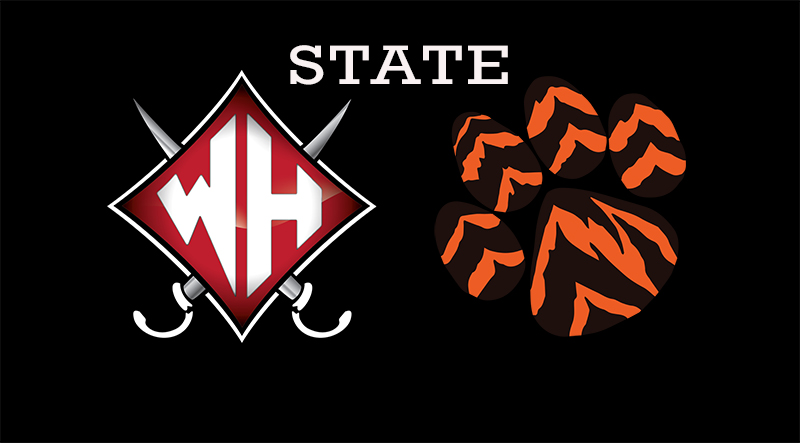 The Wade Hampton girls have waited a year to get back to Columbia.  Last season the Generals made it to the AAAAA state finals before falling to Goose Creek 34-54 in the championship game.  The Generals will have another shot at the title this weekend as they head to Columbia to face Spring Valley at 7:oo pm on Friday night.  The Generals cleared a major hurdle on their trip by defeating Woodmont 50-47 in overtime in Upper State.  Wade Hampton enters the title game with a record of 20-3 and two of those three losses came to the Wildcats during the regular season.  Saturday the two region champions squared off for a third time, but this time team defense and clutch free throw shooting was the difference as Wade Hampton was able to secure the win that mattered most.  Now All-State selection Greyson Boone and the Generals have the opportunity to make amends for last seasons disappointing ending.

For Southside, the 2017-18 season has been a showcase to prove that they are one of the best teams in the state regardless of classification.  The defending AAA champions entered the season as the top seed with four returning starters off last years title team.  Southside has rolled through the regular season, going 22-2 with no losses to an in state opponent.   RJ Campbell, Tuzion Brock, Jayden Shell and the Tigers return a wealth of experience, but relative newcomer Jamal Burke may be the key to a Tigers repeat.  Burke, a junior, picked up basketball as a freshman.  Last year he watched most of the Tigers title run from the bench, but this year the big man became a key part of the Tigers attack and earned himself All-State recognition.  Southside will rely heavily on their experience and Burke's development as they try and knock off a Ridgeland-Hardeeville team that has sat just behind them in the standings all year.  Southside goes for the repeat on Saturday at 3:30 pm.