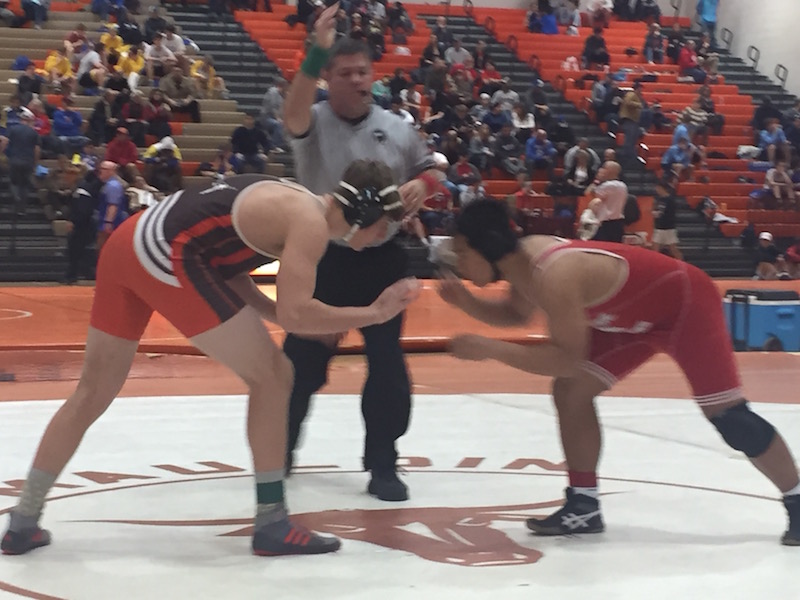 Eastside continued its dominance of Class AAAA wrestling in South Carolina, claiming the team title mid-February and having four individuals earn championships as the Eagles racked up the most points as a team at the individual state meet.  Junior Jordie White claimed yet another individual title, this year at 120 with a 7-0 decision.  Riley Augustine, only a sophomore, followed up with a title at 126.  At 182 Chase Barnes won by fall and in the heavyweight (285), Senior David Maholtz closed out his career with a win.  Eastside also got 2nd place finishes from Tucker Allen at 113 and Ben Maholtz at 132.  Benjamin Dodd of Travelers Rest also took 2nd at 152 and Gary Holmes placed 4th at 220.  Blue Ridge's Michael Kemp placed 4th at 195.

In Class AAAAA, Hillcrest's Garrett Sayegh closed out his high school career with a title at 195.  Woodmont's Jake Fernicola finished 3rd at the same weight.  Teammate Garrett Starks placed 3rd at 145.  Hillcrest also got a 2nd place finish at 160 from Walker Stephenson and a 3rd place finish from Treavelle Westfield at 113.  Dylan Faulk of Riverside placed 4th at 132.  Mauldin's Jeremy Fisher placed 3rd at 182.

Congratulations to all of our state qualifiers and champions!  For complete meet results check out SCMat.com