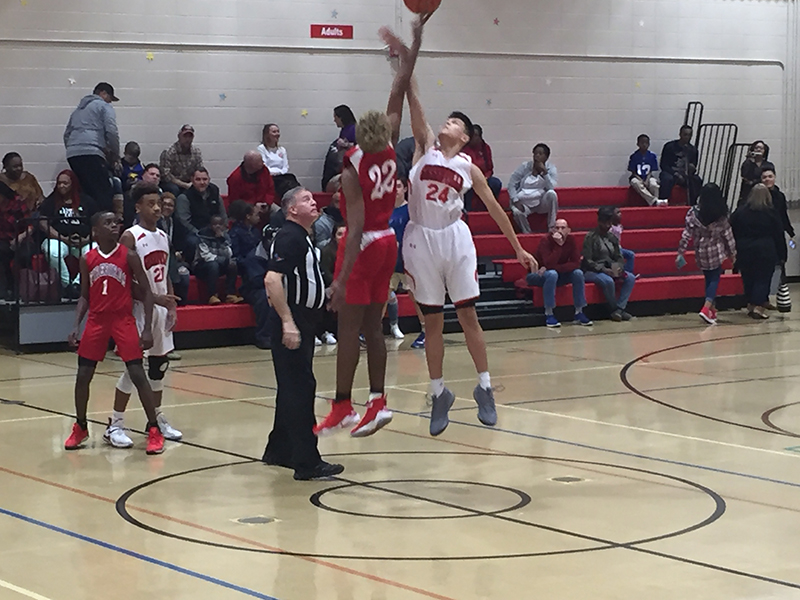 The final pairings are set for the Greenville County Schools Middle School Basketball Championships to be held Saturday at Wade Hampton High.  In the girls bracket, defending county champion Blue Ridge faces fellow unbeaten Hillcrest at 11:00 am.  The Tigers (11-0) dispatched of another unbeaten in the semi-finals when they knocked off Beck Academy.  Blue Ridge comes in returning multiple players from their 2017 title team, including Quadaija Langley and Maggie Stout who were the leading scorers in the championship game last year.  The Tigers face another tough test as they take on 14-0 Hillcrest, who advanced to the title by beating Woodmont.  The Wildcats averaged 47 points a game in the regular season and their stingy defense held opponents to under 20 points per game.

In the boys bracket, Mauldin knocked off Northwest Middle 54-45 to advance to the title game.  Mauldin opened the season at Northwest with a four point loss and since that game the Mustangs have rattled off 12 straight wins.  Greenville (11-3) advanced to the title game with a 40-24 victory over Fisher Middle.  The Rams used a packed in zone defense to hold the Firebirds to well below their season average.  8th graders Khalique Holland and Donovan Soriano both had big nights wearing down the Fisher press and pushing Greenville into the finals.

Blue Ridge faces Hillcrest at 11:00 am and Greenville vs Mauldin will follow.  Championship games will be held at Wade Hampton High on Saturday, February 3rd.