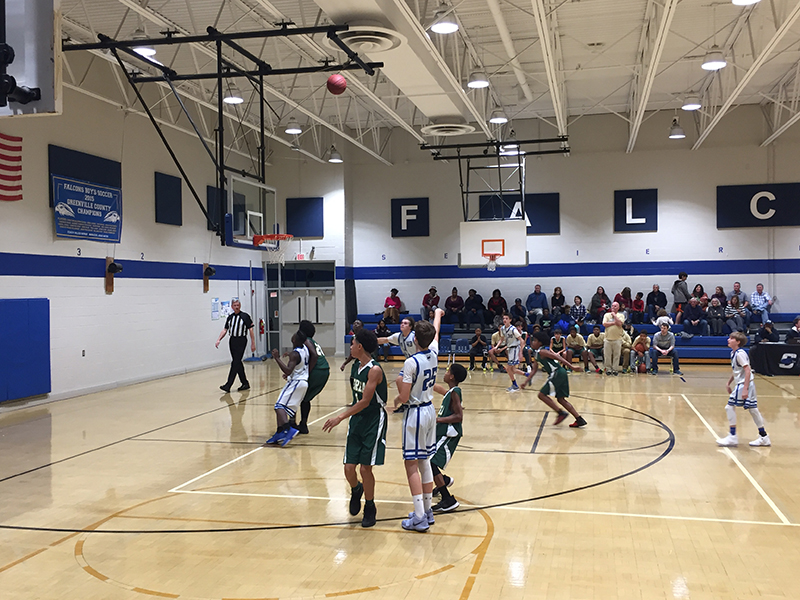 As school prepares to wrap up for 2017, GCS teams will stay busy over the winter break competing in tournaments across the state and region.  Locally, the C. Dan Joyner Poinsettia Classic held at Greenville High will bring teams from across the state to compete in both the girls (Dec. 21-23) and boys(Dec. 27-30) tournaments.  Before Greenville hosts the Poinsettia Classic, the Red Raiders have a showdown with Travelers Rest looming on December 19th.  Greenville and TR both enter the boys game unbeaten and the Devildog girls will put their undefeated record on the line vs the 4-1 Raiders.  The game will be held at Greenville High.  The Woodmont girls are ranked #2 in the state in Class AAAAA and they'll host a fellow top-10 in Wade Hampton on Tuesday night.  Woodmont got the better of the Generals in their first match-up.  Both teams figure to be contenders by the time playoffs roll around.  In Class AAA boys, Southside will head to break undefeated and ranked at the top of the polls.

In wrestling, Eastside again looks to be the team to beat in Class AAAA.  The Eagles are fresh off a victory in the Beef O'Bradys Invitational at Fort Mill and a trip to Delaware for the Beast of the East clash which featured more than 100 teams from 15 states.  The Eagles will host JL Mann and North Henderson on Wednesday before heading into break.  Riverside will host the Warrior Duals on December 29th.  Participants include JL Mann, Mauldin, Travelers Rest, Wade Hampton and host Riverside.

Middle school basketball will wrap up their 2017 slate on Monday and will return on January 3rd.  In girls action, 6-0 Hillcrest will host division rival Woodmont (4-1) with the winner grabbing an edge in the South Division heading into 2018.  In the North Division someone will garner their first loss heading into break as 5-0 Blue Ridge hosts 4-0 Greer.  Beck and Northwest also look to remain undefeated.  Beck travels to Sevier, while Berea hosts Northwest.  The Northwest boys are the only unbeaten remaining.  Greenville, League, Mauldin and Fisher all have 1-loss.  Right behind Mauldin in the South standings, 4-2 Hillcrest battles 4-2 Woodmont for sole possession of second place.  Rivals Tanglewood and Lakeview also square off on Monday.

Lots of basketball action over break, including the JV & C-team Boys Holiday Tournament on December 21st and 22nd.  See a complete list below: