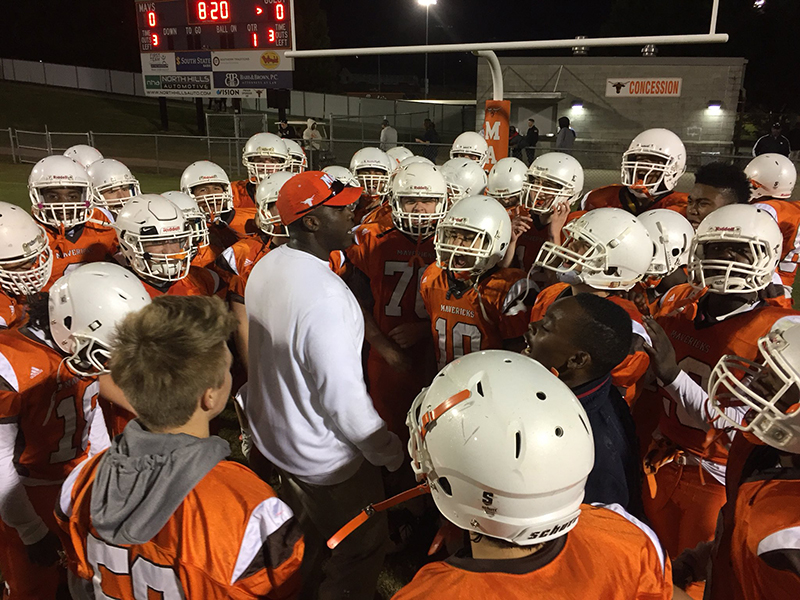 The final week of the high school football regular season is upon us.  Still lots at stake as teams fight for playoff berths and seeding.  The biggest game in county might be the rivalry game between Hillcrest and Mauldin down in Simpsonville.  The Rams enter with a 7-2 record and lead Region II-AAAAA with an unbeaten 4-0 record.  QB Will Watts and the Hillcrest offense have been on fire of late averaging over 45 points per game in region play.  Mauldin enters with a 6-3 overall record and are 3-1 in region.  The Mavs have relied heavily on their defense to win close games in region play.  A win on the road by the Mavericks could propel them to the top seed.  Rivalry game with a region championship and potential #1 seed on the line should make for a great night of football at Hillcrest High.

It will be a big night in Berea, but for very different reasons.  The Bulldogs will say goodbye to their seniors and their head coach on their final home game of the season. Wayne Green has decided to retire after 32 years of coaching and 212 career victories.  Coach Green and the Bulldogs will try to close the season out with a victory over region leader Emerald.

Greenville (8-1, 3-0) travels to BHP (7-1, 3-0) for a shot at the Region I-AAAA title and a #1 seed.  RB Danyaus Williams-Byrd surpassed the 1000 yard mark last week.  He and QB Davis Beville, among the county leaders in passing, will need to play big as the Red Raiders look to secure a top seed in the AAAA playoffs.

Eastside (8-1, 3-1) has already locked down their spot in the playoffs, a #2 seed out of Region II-AAAA.  Week 10 presents an interesting scenario for the Eagles as they host Wren, the 3rd seed out of Region I-AAAA.  These two teams will meet again at Eastside in Week 11 for the 1st round of the AAAA playoffs.  QB Jordan Morgan and his arsenal of senior receivers, including Chance Pride, Haven Berry, Daniel Baldwin, Payton Mangrum and the rest of the Class of 2018 will look to close their regular season careers with a big night on Senior Night.

Also in Region II-AAAA, Greer is a lock for the region championship and #1 seed as they travel to Blue Ridge for a matchup with another playoff caliber opponent.  The Tigers will be saying goodbye to their senior class in their final home game of the season as the Tigers will most likely fall into a 3rd or 4th seed next week for the playoffs.

Southside currently sits as the #4 seed out of Region II-AAA.  The Tigers (4-5,1-3) will need to defeat rival Carolina for the second time this season to lock down that seed, get to .500 on the season and launch them into the playoffs next week.  It's Senior Night at Southside.

JL Mann goes on the road to face Easley and the Patriots only shot at the playoffs is to knock off the Green Wave and hope to win a tie breaker for one of the final two playoff spots still up for grabs in Region I-AAAAA.  A win at Easley would create a three-way tie for the 3rd and 4th seeds between Mann, Easley and Woodmont.  The Wildcats are off this week and will be watching this game with much anticipation.

Travelers Rest is in a similar situation to Mann, they must win on the road and hope to create a tie-break scenario if they have any shot at making the playoffs in Class AAAA.  The Devildogs head to Union County for their must win regular season finale.

In Region II-AAAAA, Riverside hosts Wade Hampton for their Senior Night and season finale.  Both these teams have already been eliminated from the playoffs and will look to head into their respective off-seasons with a W.