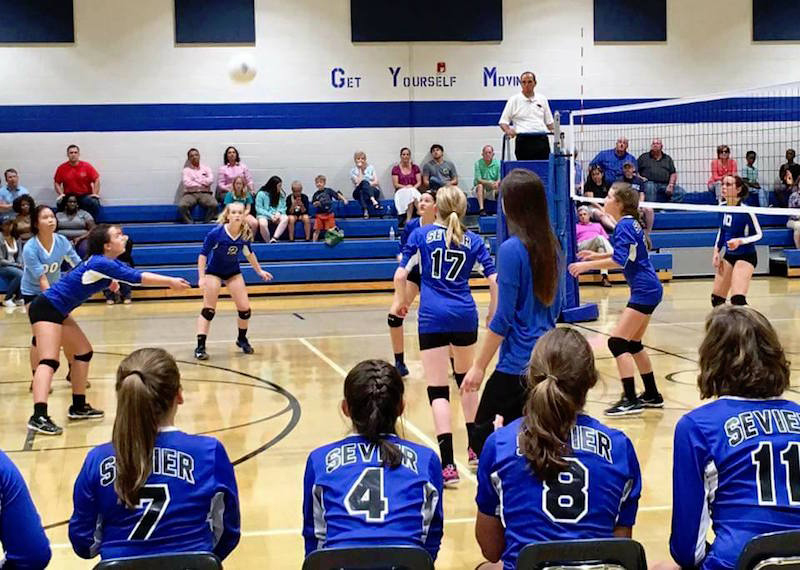 The 2017 middle school volleyball playoffs are set to begin on Monday, October 9th.  Eight teams, winners and runners-up in each of four divisions, will compete for the chance to be 2017 GCS Middle School Volleyball Champions.  The early favorite may be the Ralph Chandler Panthers.  The Panthers won the Southern Division and finished the regular season with a perfect 11-0 record.  In addition, Ralph Chandler has yet to lose a single set in 2017!  The Panthers won all eleven games 3-0.  Ralph Chandler will host Western Division runner-up Northwest Middle.  Northwest finished tied atop the West with a 7-1 record and 7-3 overall.  By virtue of a tie-breaker they are the 2 seed .

The winner of the Western Division, Sevier Middle, finished the season 9-1 and will host Bryson out of the Southern Division.

Eastern Division winner Beck Academy will host Northern Division runner-up Blue Ridge.  The Blue Knights swept their division with a 6-0 record and went 7-3 on the year.  Blue Ridge rebounded from an early loss to Greer to finish tied with the Yellow Jackets at 7-1 atop the division, but lost the tie-breaker.