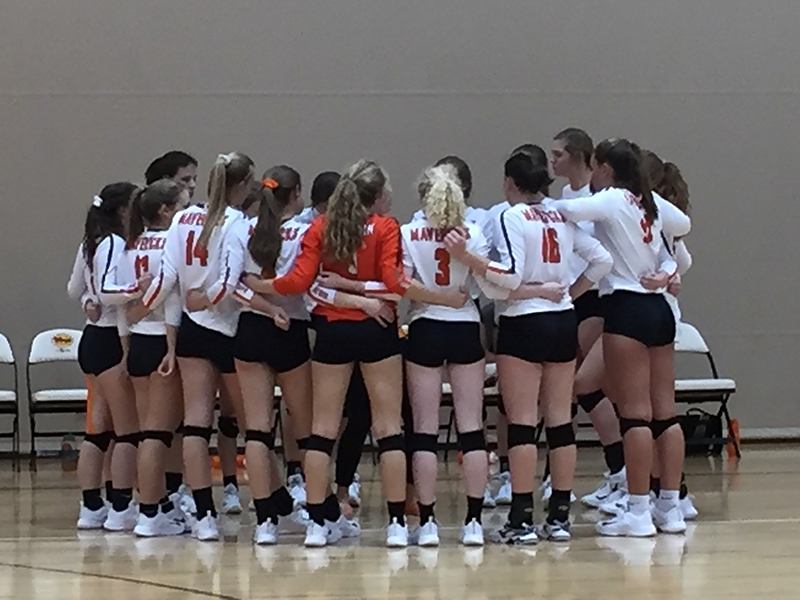 Four games into this season it seemed unlikely that a relatively young Mauldin volleyball squad would be playing in the Upper State Finals vs defending AAAAA State Champion Dorman.  The Mavericks lost their first three matches and were shutout in two of those games, including the season opener at Dorman.  After better showings at the Dorman Tournament of Champions and Eastside Invitational, the young Mavs started to gel and closed the season going 9-1 in region play to take the top seed out of Region II-AAAAA.  In that stretch of region play Mauldin went 22-6 in sets and in the playoffs the Mavericks have kept it going, winning 3-0 over Clover in the 1st round, winning a tough 5th set to beat Woodmont 3-2 and going on the road to knock off Nation Ford 3-1 in the 3rd round.  Mauldin hopes to keep it rolling vs Upstate power and defending state champion Dorman.  The Cavaliers come into the Upper State Finals with a 40-4 record and reigning state Player of the Year in 6'3" Thayer Hall, one of the best young volleyball players in the nation.

The Mavericks feature a talented young core comprised of girls who won the GCS Middle School title just two years ago, including outside hitter Riley Whitesides, Jenna Moore and Ollie Henderson.  The young talent ,and veterans like Ella Reames, Rebekah Ugenti and Colette Romp, will need to stay aggressive to upset the Cavaliers.  The Upper State Finals will be held at Mauldin High at 6:00 PM.