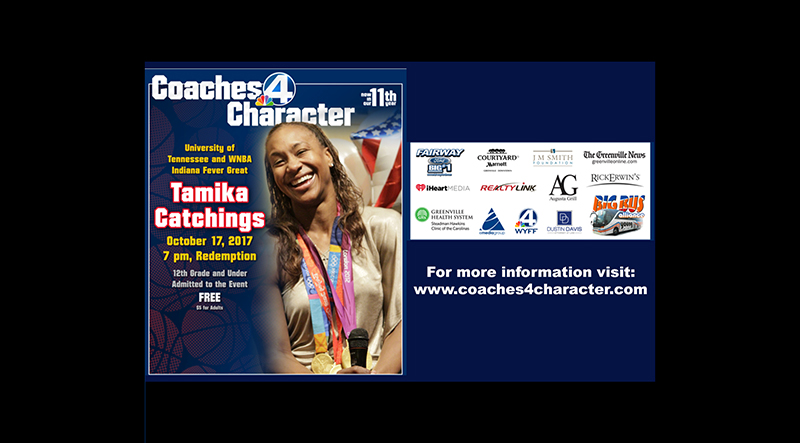 Coaches 4 Character welcomes Tamika Catchings as its guest speaker on October 17 at Redemption.  Catchings was an All-American at UT and was part of the undefeated 1997-98 National Championship team.  She would go on to be named Naismith Player of the Year before joining the Indiana Fever where she was named WNBA Rookie of the Year.  Catchings would spend 15 seasons with the Fever, winning the 2002 WNBA Title and being named League MVP in 2001.  Catchings also has four Gold Medals as a Member of Team USA (2004, 08, 12, 16).

Students in the 12th grade and under are invited to hear Tamika's message free of charge.  Tickets for adults are $5.  Visit www.coaches4character.com for more information.