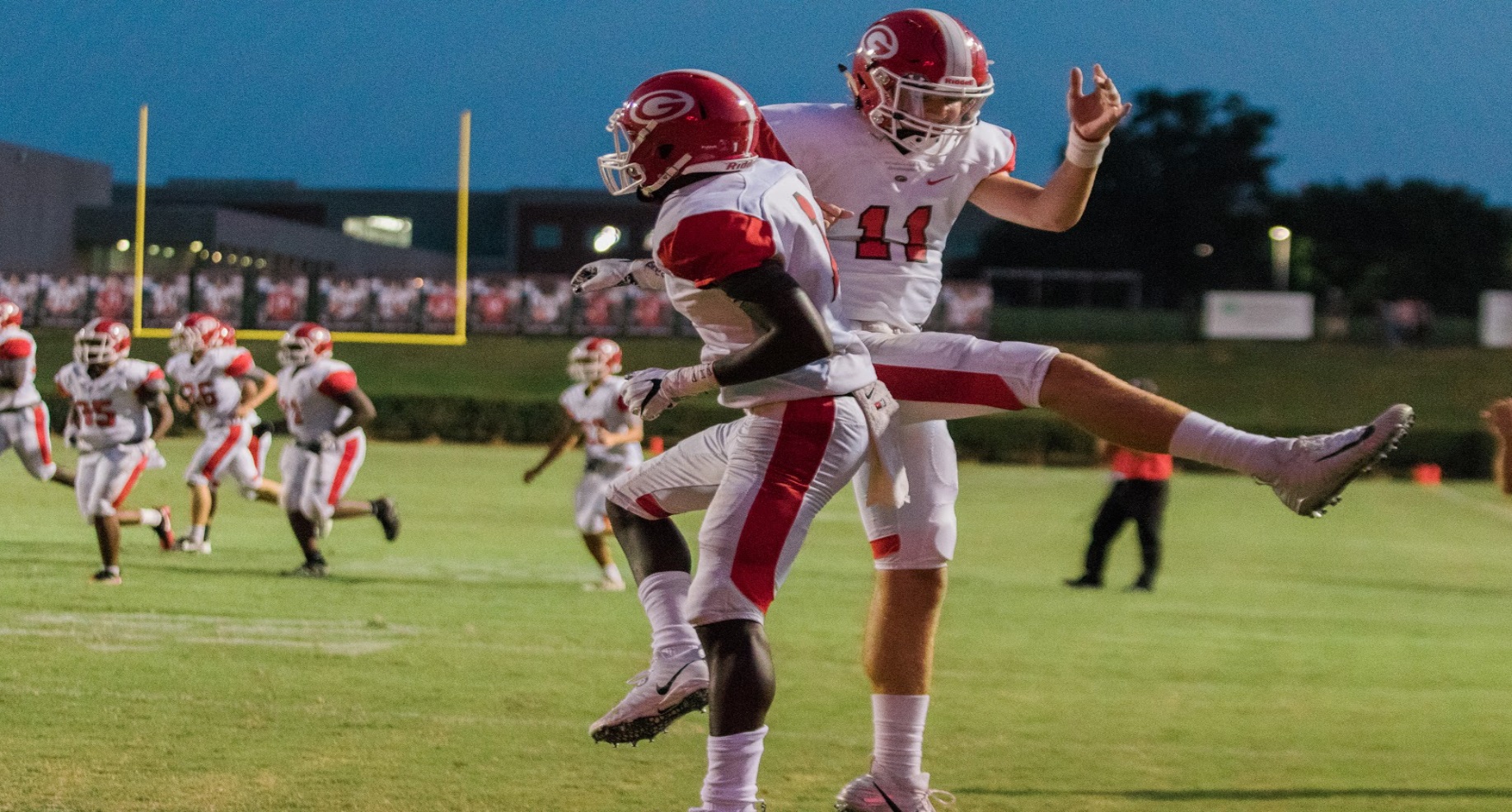 The Eastside Eagles  continued their impressive start to the 2017 campaign by moving to 3-0 with a 49-0 win over rival Wade Hampton (0-3).  The Eagles offense continues to soar as QB Jordan Morgan threw two more TDs (12 on the season) and 324 yards.  Chance Pride accounted for 4 TDs, catching a pair and rushing for a pair.  The Eagles defense was also very impressive in pitching the shutout and limiting the Generals to less than 100 total yards on offense.  The Eagles defense has played 12 quarters this season and in 10 of those 12 the opponent has failed to score.  The Eagles are on the road next Friday at Southside.

Southside is coming off an overtime win at Blacksburg.  The Tigers (2-1) fell behind after Blacksburg blocked a punt and recovered the ball in the endzone.  Late in the 3rd quarter the Tigers were able to even the score at 6 and after 48 minutes the score remained tied at 6 so the teams headed to OT.  Southside won 18-12 as their defense was able to make one last stop.

Travelers Rest got their offense going and got their first W of the season.  The Devildogs raced out to a 20-0 halftime lead vs Carolina (0-3) and capped off win one 26-6.  TR will be on a bye next week.  Carolina will travel to Wade Hampton as both teams seek their first win.

Hillcrest (2-1) got back on the winning track in a big way as they defeated JL Mann (1-3) 57-16.  The Rams got a safety to open things up and Collin Whitfield capped off their opening drive with a 6 yard TD run.  On their next possession Will Watts found Jeremiah Talbert for a 21 yard TD.  Watts went 25/30 for 402 yards and 3 TDs on the night.  Talbert caught two of the TDs.  Steven Campbell grabbed the third, one of his 7 catches for 145 yards.  Donte Anthony added 3 rushing TDs on his 12 carries for 131 yards.  The Rams put up over 650 yards of offense.  They'll need to maintain that offensive explosion next week as they travel to Gaffney.  JL Mann heads into rivalry week with Greenville.

The Red Raiders moved to 3-0 with a 55-14 win at Christ Church.  QB Davis Beville opened the game with two rushing TDs before striking through the air to give Greenville a 21-7 lead.  Danyaus Williams-Byrd added a rushing TD late in the 1st half to make it 28-7.  Beville came out in the 2nd half and connected on two more TD strikes to extend the lead to 42-7 and wrap up the night for most of the starters.  The Red Raiders defense had 3 interceptions and a fumble recovery as they stifled the Cavalier offense all night.

At Mauldin, the Woodmont Wildcats (1-3) got off to a quick start forcing a 3-and-out on defense and then using trickeration for a score.  Wingback Keyshun Kilgore took a pitch on the first play and raced right selling the sweep, then pulled up and found a wide open Marshall Garrett for a 50 yard TD and a 7-0 lead.  The Mavs answered with a 2 yard run by Cris Paez to make it 7-7 after the 1st.  Woodmont answered and converted a 2-point play to make it 15-7 Wildcats. early in the 2nd.  Ben Dority cut into the lead by connecting on a 36 yard FG and Mauldin grabbed the lead before half when Mitchell Norman raced to the goal line and fumbled into the endzone which was recovered by Kyreek Hill.  The Mavs took a 17-15 lead into half.  Late in the 3rd Raekwon Fenderson ran 24 yards to extend the Mavs lead to 23-15.  Mauldin tried another FG to put the lead at 11, but the Wildcats raced through the middle for the block and returned the recovery to near midfield.  The Wildcats used a 10 play drive to cut the lead to 23-21, but the 2-point try failed and Woodmont was unable to mount another scoring drive as the Mavericks held on for the win to move to 2-1.  Mauldin is on the road next week at TL Hanna.  Woodmont hosts Wren next Friday.

Greer (3-1) traveled to power Daniel.  A 49 yard burst by Dre Williams put the Yellow Jackets up 14-0 after 1st.  Trey Houston found Nate Jefferson to extend the lead to 21-0 at the half.  Daniel came out of the half and forced a safety and followed that with a 65 yard kick-off return to cut the lead to 21-9.  Greer answered with another Williams TD run.  Trey Houston used his legs for a 13 yard TD scramble and the Jackets lead was 35-9.  Quavian White closed out the Jackets scoring with a 34 yard run that made the score 42-16.  Daniel would add a late score but fall 42-23.  Greer will host Woodruff next Friday.

Both Blue Ridge (2-2) and Berea (1-2) struggled to get their offenses in gear.  The Tigers fell 35-8 to Liberty.  Berea lost the battle of the Bulldogs 17-7.  Berea travels to Chesnee next Friday.  Blue Ridge is on the road at Chapman.

Riverside was on a bye and will travel to Christ Church Friday night.