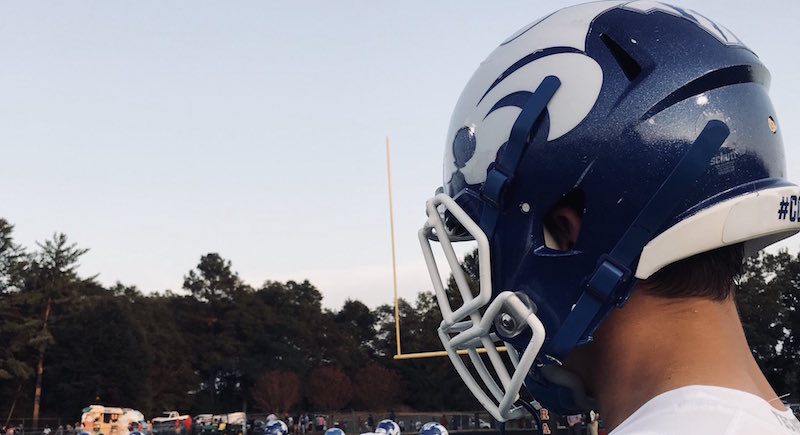 We have reached the region play portion of the high school football season.  A winning record to open the season is a nice bonus, but now is where teams start to jockey for playoff position within their classifications.  Last year Berea was able to grab the 4th seed over Southside by virtue of their head to head meeting which the Bulldogs won.  Southside, off to a 3-2 start this year which is more wins than all of 2016, looks to get revenge on the Bulldogs (1-4) and get a leg up in the race for seeding out of Region 2-AAA.

Carolina (0-5) also opens play in Region 2-AAA against defending region champions Powdersville.  The Patriots made it to the 3rd round of the AAA playoffs before falling to eventual state champion Chapman.  The Trojans will look to pull the upset as they seek their first win of the 2017 season.

Hillcrest (3-2) will also face a defending region champion as they travel to Laurens.  The Raiders finished 5-5 last year, but their 4-1 record in region play secured them a #1 seed.  Hillcrest hopes to have star WR Quendarius Jefferson back after missing four weeks with a leg injury.  The improved play of QB Will Watts, with the return of Jefferson and emergence of Steven Campbell and Jeremiah Talbert makes the Rams a formidable opponent in Region 2-AAAAA.

Mauldin (3-2) travels to Riverside (1-4) in another key Region 2-AAAAA match-up.  The Mavericks are coming off a big win over Blue Ridge where the Mavericks scored touchdowns on offense, defense and special teams.  The Warriors are on a 4-game losing streak, and have fallen just short the last three weeks.  Riverside looks to pull the early region upset at The Reservation.

Wade Hampton (2-3) is looking to reverse their 2016 campaign where they started hot and struggled in region play.  The Generals started slow this year, but have won two straight and will look to upset region power Greenwood on the road.  RB Trey Berry has rushed for over 100 yards in each of his last two games and his running will be key to churning out 1st downs for the Generals and attacking an aggressive Eagle defense.

Last year Greenville edged out Pickens for the 4th and final spot out of Region 1-AAAA.  Tonight the Red Raiders travel to the Blue Flame (1-4) to start what they hope will be a region championship run.  The Red Raiders are off to a 5-0 start and have gotten terrific offensive production this year.  QB Davis Beville and RB Danyaus Williams-Byrd are among the area leaders in passing and rushing and look to keep the Raiders great start to 2017 rolling.

Eastside secured the #3 seed out of Region 2-AAAA last season, but the Eagles have their sites set on a region championship in 2017.  The undefeated Eagles can make a huge statement in their region opener as they host defending region champs Union County.  While the Eagles defense has soared to new heights this year, its the Eagles defense that quietly goes about their business.  Eastside has not allowed a point in three straight games and in 20 quarters this season they have only surrendered points in three of those quarters!

Greer is also looking to make a grab at the Region 2-AAAA championship.  The Yellow Jackets are off to a 4-1 start and travel to Travelers Rest (1-4).  The Devildogs are looking to rebound after missing the playoffs in '16.  Greer finished 2nd behind Union County and offensive stars Trey Houston, Dre Williams and Qua White are looking to secure that #1 seed in 2017.

Woodmont is looking for a return trip to the playoffs as they travel to defending region champion Westside.  The Wildcats (1-5) are still looking for that break through victory.  An upset of the Rams would be huge for first year coach Jet Turner.

Blue Ridge and JL Mann are both on a bye this week and both will open region play next Friday night.