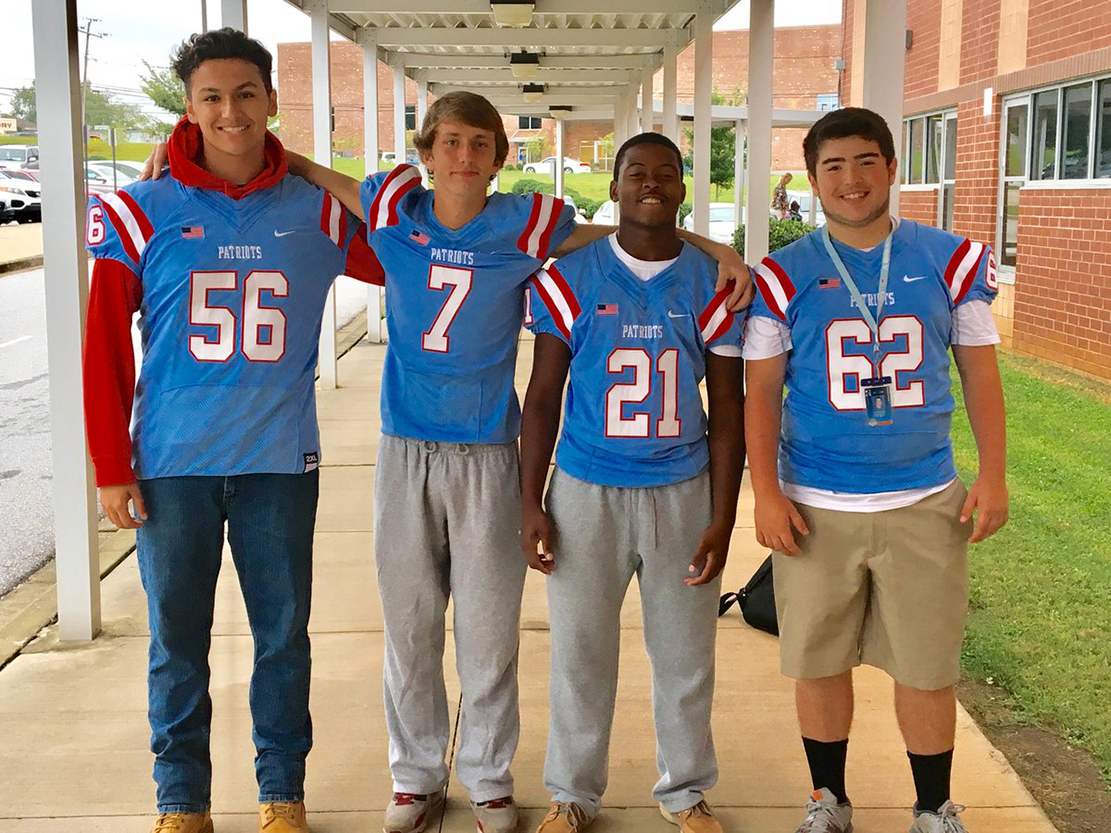 Week 2 of the high school football season was impacted by the effects of Hurricane Harvey.  The potential of heavy rains saw several teams move their games to Thursday night.  Included in that was potentially the game of the week, which saw Blue Ridge travel to Riverside.  The Warriors (1-2) raced out to a 21-7 lead heading into the 4th quarter.  Blue Ridge RB Tyree Cofield scored twice and Senior QB Jake Smith scored with :11 seconds remaining as the Tigers (2-1) cut the Riverside lead to 26-27.  Head coach Shane Clark made the call to go for 2 and the win and he turned to Cofield, who had 180 yards rushing on the day.  Cofield delivered and the Tigers got the 28-27 victory.

Woodmont also moved their home opener vs Wade Hampton to Thursday night.  The Wildcats (1-2) and Generals (0-2) failed to produce much offense as the teams went to half tied 0-0.  The Wildcats got on the board in the 3rd and in the 4th their defense locked up head coach Jet Turner's 1st win at Woodmont with two interception returns for touchdowns and a 19-0 victory.

Mauldin also delivered head coach Harry Cabaniss his first win of the season and the first of his young coaching career.  QB Mitchell Norman carried the ball 10 times for 164 yards and 5 touchdowns as the Mavericks (1-1) put up 450 yards of offense and defeated JL Mann (1-2) 60-6.  The Maverick defense forced 4 turnovers in a terrific defensive effort.

After knocking off Mauldin in a rivalry game last week, Hillcrest hosted Dorman in their home opener, but they had to do so without the services of star receiver Quendarius Jefferson.  The Rams (1-1) used a 98 yard TD from Will Watts to Jeremiah Talbert to take an early 9-0 lead.  However, costly special teams mistakes cost the Rams as they fell to the Cavaliers (1-2) 35-18.

Greer (2-1) needed a bounce back week after a tough loss to Byrnes. QB Trey Houston delivered as he rushed for 98 yards and 2 TDs and tossed a pair of touchdowns in the Yellow Jackets 41-0 victory at Clinton (0-2).

Greenville got an impressive performance from its quarterback as well.  Davis Beville threw 6 touchdowns to five different receivers as the Red Raiders (2-0) dispatched Carolina (0-2) 48-6.

Travelers Rest early season struggles continued as the Devildogs (0-3) failed to score in a lost to Walhalla.