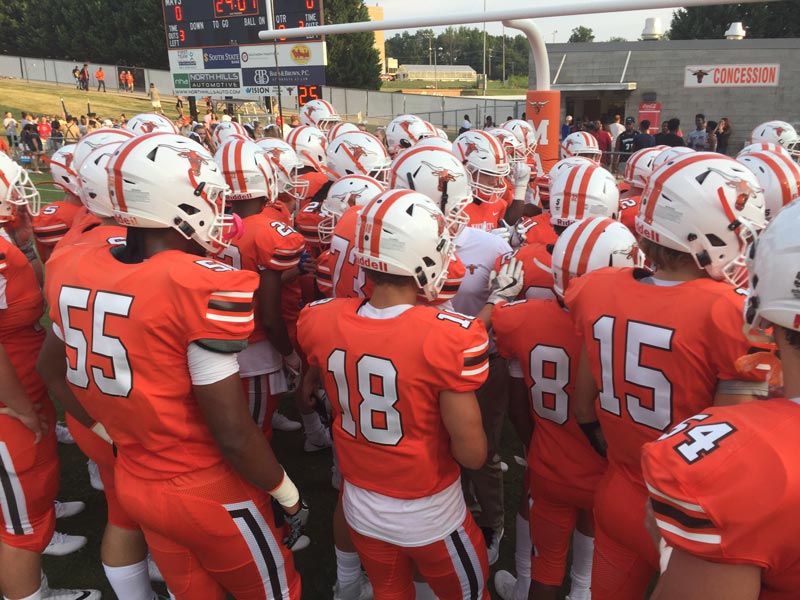 It was a full slate this week in high school football action as Week 1 is officially in the books.  Carolina hosted rival Southside on Thursday night to get the action started.  The Tigers (1-1) raced out to an early lead and defeated the Trojans (0-1) 47-14.

In one of the most exciting match-ups of the weekend, Hillcrest traveled to rival Mauldin as both teams kicked off their 2017 campaigns.  What started as a defensive battle turned into a back and forth shoot out in which the Rams (1-0) held on to win 28-25 over the Mavericks (0-1).  Mauldin forced six turnovers and scored on an interception return (51 yards) and a fumble return of 93 yards, but Hillcrest secured the victory when Will Watts found Steven Campbell for the go ahead score.

Eastside is making a name for itself in Coach Dan Morgan’s first year.  The Eagles are 2-0 behind their high-powered offense.  Payton Mangum returned the opening kick-off for a TD and QB Jordan Morgan added six TD strikes as the Eagles (2-0) defeated Riverside (1-1) 48-14.