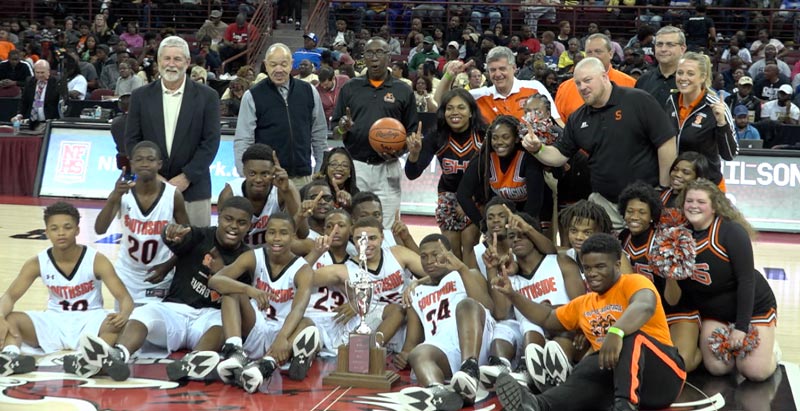 Southside completed a magical 27-1 season with a 65-57 win over Dillon high in the Class AAA Boys Basketball State Championship game.  Defense was a key contributor as the Tigers held the Wildcats to just 28% shooting (20-71) on the night.  Southside, behind a quick 6 points from Tuzion Brock, took a 16-10 lead after one quarter.  The Tigers would never trail.

Midway through the 2nd, Brock left the game after taking a hard foul on a drive to the basket.  Southside’s offense struggled to muster much, scoring only 11 in the frame, but the defense held Dillon to only nine points.

In the 3rd quarter, Brock would return but it was sophomore RJ Campbell who got things going for the Tigers, scoring 8 of his 13 in the frame.  The lone Southside senior, Jalen McKelvey, closed out the game scoring 8 of his game high 19 in the 4th quarter to propel the Tigers to victory.